The Lagos State Security Trust Fund (LSSTF) organized a private/informal dinner for its Platinum Bank donors with the Governor of Lagos State recently.

The dinner was held to recognize and appreciate the banks that have supported the fund immensely and continuously over the years especially in Y2016 & Y2017; the heart of the recession.

Their contributions have assisted in improving the security of the state thereby enhancing peaceful co-existence and continued growth in business.

The Governor in his address at the dinner thanked the Banks for their continued support to the LSSTF and his administration by extension.  He went on to discuss some of the policies of his administration which were to be implemented soon.  The Bank CEOs also seized the opportunity the forum provided to interact and share ideas with the Governor regarding the business community.

The Chairman of the LSSTF also thanked the Bank CEOs for their continued support to the Fund and stated that this forum will be extended to other select individuals from other sectors of the economy in the near future.

The Executive Secretary/CEO of the LSSTF Dr. Abdurrazaq Balogun in his vote of thanks and on behalf of the Chairman and other members of the Board of Trustees of the LSSTF thanked the Governor for his attendance despite his very busy schedule. He also thanked the Bank CEOs for their continued support to the LSSTF and pledged to the judicious uses of resources donated to the Fund. 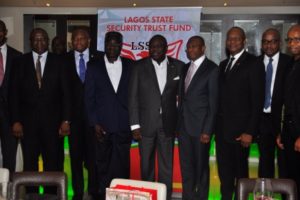 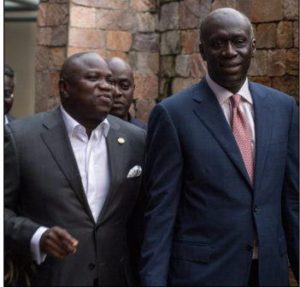