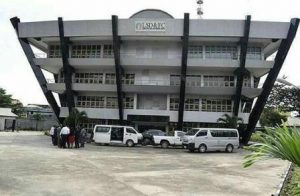 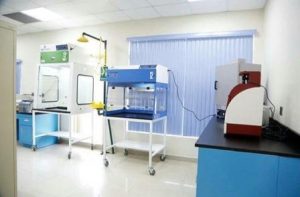 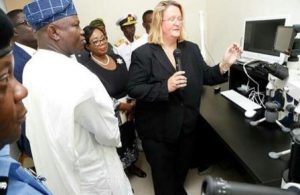 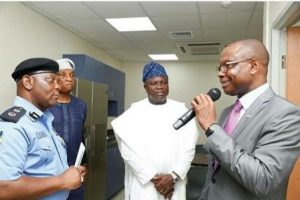 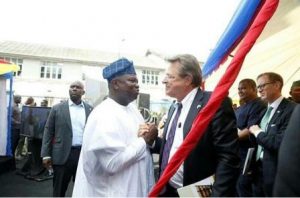 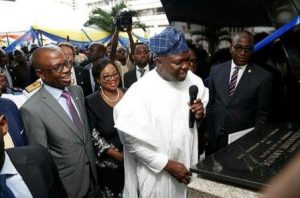 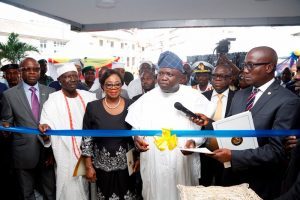 Governor Ambode said the completion and handing over of the centre located at Odunlami Street in Lagos Island, was a significant milestone and a symbolic manifestation of his administration’s policies in reforming the justice sector and in line with his vision to make the State safe for residents and investors.

He said the State Government, with the completion of the centre, is joining other advanced countries of the world which had embraced technology to make life easier for people in all spheres of existence.

He said: “From the domestic front to our places of work; from the way we learn, to doing business, the use of technology has become a way of life. You will therefore understand why our administration had no hesitation in approving this project which serves amongst other things, as an effective method of bringing perpetrators of crime to book and ensuring quick dispensation of justice.”

The Governor recalled that from inception, his administration realised the fact that security was key to good governance and sustainability of investment to make life better for the people, a development he said necessitated the heavy investment in security equipment, recruitment and training of security personnel to assist law enforcement agencies in the maintenance of public peace and security.

The interventions, Governor Ambode said, had translated into tremendous success by the reduction in the incidents of crimes in the State, adding that the DNA Centre was another move demonstrating the State Government’s resolve to stay ahead of criminals through scientific-led investigations.

While assuring that the government would not rest on its oars in coming up with initiatives to secure the State, Governor Ambode said with the commissioning, the government would now move to the second stage of building additional capacity in the areas of Toxicology; Trace Evidence and Controlled Substance Analysis; Fingerprint and Latent prints; Firearms, Ballistics and Tool Marks; Digital Forensics; and Questioned Documents Examination.

According to him, “The development of these other forensic sections at the facility will complement the DNA forensic section and enhance the level of services offered today.

Before now, most, if not all DNA analysis and testing were performed outside Nigeria, a situation that caused longer turn-around times and an overall higher cost of bringing closure to a case.

“I am therefore convinced that the establishment of the Lagos DNA & Forensic Centre will improve the speed and quality of evidence collected to assist our Courts in the quick dispensation of justice. This centre is a definite boost for our administration’s Justice Sector reform programme. It shows that our covenant with Lagosians to create a safe and secure State is being kept,” Governor Ambode said.

In his welcome address, the State’s Attorney General and Commissioner for Justice, Mr Adeniji Kazeem said the centre would assist the State to have a reliable DNA database that would enable investigators and law enforcement officers identify crime patterns and suspects, and also help exonerate or convict suspects.

On his part, the Consul General of United States Embassy in Lagos, Mr John Bray congratulated Governor Ambode and the people of the State for successfully completing the building of “the first DNA Forensic Centre not only in Nigeria but in West Africa,” saying that the development would enhance justice and progress.

Bray, who had worked as a law enforcement officer in United States for twenty-five years before being posted to Lagos, said the State Government deserved commendation for the foresight and vision to undertake such project as the DNA Forensic centre, adding that there was no question about the fact that the facility is of world class standard.

On his part, the Chief of Defence Staff, Major General Abayomi Olonishakin represented by Rear Admiral Lawal Modu Adams said the centre was a significant milestone in the country’s fight against all forms of crime including terrorism.

Also, Lagos State Acting Commissioner of Police, Mr Imohimi Edgal said the completion of the centre was another first by the Lagos State Government and one of the greatest moves by any state government towards boosting security and justice delivery.

He said with the opening of the centre, the State Police Command would now reopen unresolved high-profile cases hitherto frustrated by lack of solid evidence.

“I am perhaps the happiest person here today because this will enhance my job. We have a lot of pending high profile cases that we have not resolved yet. These cases, we intend to revisit with this new centre coming on board,” the CP said. 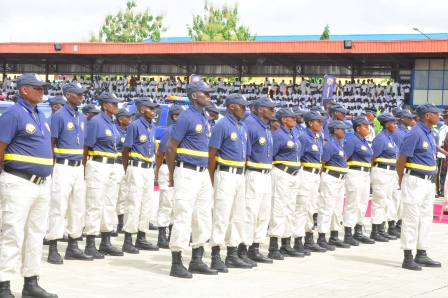