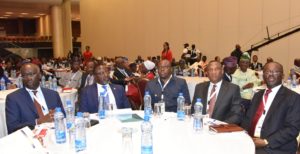 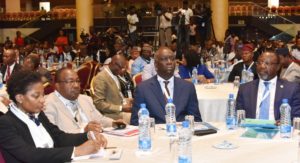 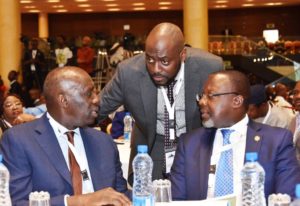 Lagos State Commissioner of Police, Mr Imohimi Edgal on Monday said the activities of the dreaded Badoo Cult Group hitherto prevalent in Ikorodu axis of the State as well as militancy especially along the riverine communities have been degraded in the State.

Speaking at the inaugural edition of the Lagos State Security Summit held at Eko Hotels and Suites, Victoria Island, Edgal said it was also gratifying to report that in view of the massive assistance extended to security forces by the State Government through consistent donation and funding of security equipment, crime rate was now on consistent decline in the State.

Edgal, who gave an overview of crime statistics in the State, said from 2014 till date, a total of 1315 armed robbery attacks, 359 cult-related cases and 392 kidnapping cases were recorded, with several arrests made and prosecutions ongoing, while based on the community policing and security partnership he put in place upon assumption of office as CP, all militants groups hitherto operating in the State have been degraded and incapacitated from carrying out attacks.

He also said the policy had greatly helped in putting a stop to activities of dreaded cult groups such as Badoo, with all their shrines demolished, while from January till date, no attack had been recorded from the militants.

He said: “In comparison, when I became Commissioner of Police, Lagos State in September last year, I introduced my own policing plan powered by the strategy and philosophy of community policing and community safety partnership.

“Policing like we all know is more about strategy and technology but there are other factors that come to play such as logistics and all that but when there is a clear-cut strategy backed with the right technology, then the war against crime would be won.

“Based on the partnership with the community and other security outfits within our communities, we have been able to bring the activities of Badoo cult group to an end and also discovered suspected notorious shrines in Ikorodu and environs used for suspected ritual killings and other form of crimes. These shrines have all been demolished.”

The CP said to a large extent, the police command, under his watch, had leveraged on the existing goodwill with the State Government and the public to keep the State safe.

“Since my assumption of office, we have leveraged on the robust goodwill existing between the police and the government on one hand and members of the public on the other hand to record some modest achievements that have not only consolidated on the achievements of my predecessor and also ensured that the Command keep the flag flying,” the CP said.

He said a total of 15 town hall meetings were organised for him to meet with members of various communities and in all the meetings, the issue of trust consistently featured, while in response, a citizens complaint call centre was played up where people could lodge petition on issues bordering on professional misconduct of police officers, and that such had helped to rekindle confidence of the public in the police.

Going forward, Edgal called for increased manpower and a system to stop the practice whereby people spread fear through social media, as well as legislation to compel all businesses to install CCTV cameras within their premises.

Besides, the CP advocated the deepening of intelligence-led policing, involvement of traditional leaders in securityarchitecture and investment in training of security personnel to bring about efficiency.

On his part, Lagos State Governor, Mr Akinwunmi Ambode advocated the concept of collective vigilance whereby all stakeholders in security management have properly defined roles and relationships to stay ahead of all form of violent crimes such as terrorism, cyber and transnational organized crimes.

He said the concept had become imperative in view of the vulnerability of the State to various security threats due to continuous influx of foreigners and people from other parts of the country into Lagos on a daily basis.

According to the Governor, “There is a need to examine the concept of collective vigilance in a Mega-City securitysystem in which all stakeholders have properly defined roles and relationships from the primary levels of communitysecurity initiatives to tertiary levels in the State.

“This has become necessary because of the continuous influx of foreigners and people from other parts of the country, in their thousands, into Lagos State on daily basis. This has increased our vulnerabilities to threats of terrorism, transnational organized crimes, cyber and violent crimes of wider security dimensions,” the Governor said.

Governor Ambode, who was represented by Chairman of the State’s Security Trust Fund, Mr Oye Hassan-Odukale, said since assumption of office, his administration had been consistently implementing its cardinal programs built on the tripod of security, infrastructural development and poverty alleviation through employment generation, adding that it was gratifying that the policy had been yielding positive fruits.

He said: “Our human security focus has not only shaped our security architecture which is safety and civilian driven, from the primary to tertiary levels, but also guided our choice of infrastructural development projects and directly improves the life of Lagosians.

“A further analysis of our efforts indicates that less time now spent in traffic by motorists based on our transport sector reforms, better roads to increase the lifespan of vehicles, affordable housing programs, functional health care and education services, as well as employment generation value chain, have all enhanced the well-being of Lagosians. These efforts have indeed reduced all shades of criminalities in the State.”

While describing the theme of the summit – “Securing Lagos State: Towards a Sustainable Framework for Modern Mega City,” as apt, Governor Ambode said it was specifically designed to deliberate and chart a course to resolve and improve on the existing security in Lagos and the need for a clear direction to the expansion of security architecture to deal withsecurity challenges of the future combining the short, mid and long terms respectively.

The Governor said as a government, his administration was not only passionate about development but also security of residents, adding however that in spite of the support extended so far by the State Government to security agencies through the Security Trust Fund, a lot more still needed to be done.

“We must create a sustainable security framework; a framework which will stand the test of time and enable every stakeholder in Lagos to participate. So far, we have been encouraged by the massive contributions of many corporate organizations to the Security Trust Fund, but there is still a lot more to be done,” Governor Ambode said.

The Governor, who also called for consideration of private security sector into the mainstream security architecture of the State, said his expectation at the summit was nothing but actionable outcomes that could be implemented to make the State safer.

“Our children must be able to move about without us worrying about them. We must ensure that Lagos continues to be a State of prosperity for all residents and visitors,” Governor Ambode said.