Due to Crime, lawlessness and the scary figure of fatal accident, The State Government has directed security operatives to embark on a total enforcement of the State’s Transport Sector Reform Law of 2018 to immediately address the chaos and disorderliness created by illegal operations of Okada and tricycle riders in restricted areas.

After a robust assessment of the debate on what has been widely referred to as the motorcycle (Okada) and tricycle (Keke) menace, the Lagos State Government and the State Security Council have decided that the security and safety of lives of Lagosians are paramount.

From 2016 to 2019, there were several cases of accidents recorded at the General Hospitals alone. This number excludes unreported cases and those recorded by other hospitals.

“Also, the rate of crimes aided by Okada and Keke keeps rising. They are also used as getaway means by criminals. Therefore, after consultations with stakeholders, the State Security Council, in compliance with the extant Transport Sector Reform Law 2018, has decided to commence enforcement of the law which bans the operation of Okada and Keke in six Local Government Areas and nine Local Council Development Areas (LCDAs).”

The Okada and Keke NAPEP are restricted on the following LGAs, highways and bridges:

The Lagos state government says special buses will hit the roads as alternatives in the aforestated areas.

NB: Dispatch riders are not affected by the new rules on the bikes in Lagos, as far as they have their complete papers, bike is 200cc and above their box is attached properly. 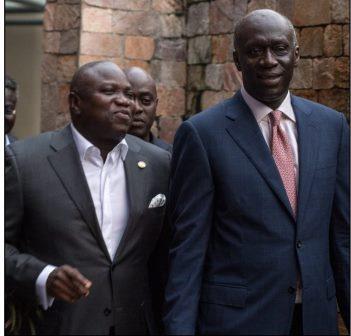