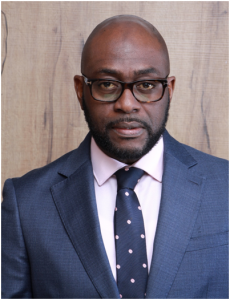 Dr. Abdurrazaq Balogun is an accomplished medical practitioner and administrator with over two decades of work experience both in the medical field and public service.  He earned his Bachelor of Medicine and Bachelor of Surgery degree with a Distinction in Microbiology from the University of Maiduguri.  He went further to attain a Masterin Public Administration and Master in Public Health from the Lagos State University and University of Lagos respectively.

Prior to his appointment, Dr. Balogun was a three (3) time elected Legislator in the Lagos State House of Assembly where he served in the capacity of Deputy Majority Leader, Chief Whip and Chairman Ethics Privileges & Protocol committee of the House spanning over a period of twelve (12) years.  He contributed to many landmark legislations for the growth, development and good governance of Lagos State including the landmark legislation that established the LSSTF.

Dr. Balogun is an Alumnus of the University of Brighton, Falmer Campus, London where he obtained a Diploma in HIV and AIDS Prevention and got certifications in Leadership in the 21st Century: Chaos, Conflict & Courage and Emerging Leaders from the Harvard Kennedy School of Government, USA.  He also attended the Harvard T.H. Chan School of Public Health where he completed an executive course on Public Health Leadership & Strategic Management. Other schools attended include; London School of Economics (LSE), University of Cambridge, Judge Business School, United Kingdom, Tanaka Business School, Imperial College, London, etc.  He is a big-picture thinker with an impeccable analytical and stellar communication skills.

As the Executive Secretary/CEO of the Lagos State Security Trust Fund (LSSTF), Dr. Balogun has delivered papers at conferences/symposiums globally on security related matters and initiated several security initiatives that has improved the operational capacity of security agencies in the State.  Under his administration, the Fund received applaudable recognitions/awards including “The Most Innovative Charity/NGO Institution in Nigeria” by Businessday Newspaper in 2017 and the “Best Safety & Security Conscious State in Africa” at the 13th Africa Security Watch Awards & Conference held at the Stellenbosch University, South Africa.

His administrative prowess and visionary leadership has led to the implementation and improvement of new and existing policies and processes which has projected and enhanced the overall effectiveness of the Fund.