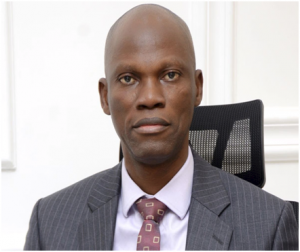 A native of Alausa, Ikeja, Lagos State. Mr. Tayo Akinmade Ayinde was born on the 24th of August, 1964.

He was educated at St. Peters’ Anglican Primary School, Alausa, Ikeja, Ogudu Grammar School, Ojota, and the Federal Polytechnic, Anambra where he obtained Certificate in Banking and Finance and (HND) in Accounting. He also holds a Master’s degree (MBA) in Financial Management from the Lagos State University, LASU, Ojo, Lagos.

In 1993, he had a Stint with Tell Magazine as Accounting Officer and in that same year, he joined the State Security Service (SSS) from where he retired meritoriously in 2009. While in SSS, he worked with former Governor of Lagos State, His Excellency Asiwaju Bola Ahmed Tinubu as his Chief Security Detail.

As he continued to venture into capacity building, his quest for knowledge took him far and wide as he attended several Ivy-league schools in and outside Nigeria.

In a bid to deploy his immense capacity for service to humanity, TayoAyinde delved fully into politics in 2009. Amongst other roles he pursued in the field, he was appointed the Director-General for Mr. Babajide Olusola Sanwo-Olu and Dr. Kadri Obafemi Hamzat’s Independent Campaign Group, and later Chairman of the Inauguration Committee after the March 9th, 2019 victory at the gubernatorial elections.

On June 6, 2019, Mr. TayoAyinde was sworn in as Chief of Staff to the Governor of Lagos state on Monday, a position he occupies to date.

A committed supporter of universal human values and an advocate of support for the less privileged, Mr. Ayinde has touched many lives for the better and still passionate about it.