On Thursday November 2nd 2017, the Lagos State Security Trust Fund held a stakeholders meeting with heads of security of corporate organizations/ institutions and CEOs of private Security companies in Lagos State. The theme of the meeting was; “Developing an effective public private partnership towards the improvement of security in the state”.

The meeting which had over 100 Security Heads/ Professionals from private organizations/Institutions, embassies and owners of Private Security companies in Lagos State was organized to intimate these stakeholders on the activities of the Fund and the need to forge a partnership with the Fund towards improving security in the state.

In his address, the Executive Secretary/CEO (LSSTF) Dr. Abdurrazaq Balogun noted that there is no alternative to the present Public Private Partnership for the Funding of security in the state. While he recognized the contributions of the private sector, he noted that the Lagos State Government remains the highest donor to the Fund.

He went on to say that it was critical for private professionals in the security space to collaborate with the state government and the Fund to ensure improved security services in the state. He also buttressed the need for the database of duly licensed private security companies operating in the state including details of their guards.

The ES and other participants at the meeting emphasized the need for intelligence gathering by private security operatives for use by law enforcement agencies in line with community policing strategy and to ensure intelligence led policing.

In addition the chairmen of Association of Licensed Private Security Practitioners of Nigeria and American Society for Industrial Security (ASIS), and the Head of Committee of Banks CSOs & other financial institution, their members commended the activities of the Fund and pledged their support towards equipping, training and the overall development of a formidable security architecture for the State. They were also unanimous in thanking the Fund for taking the lead towards sanitizing private security practice in the state.

Mr. Tayo Amu, Director of Security of the Central Bank of Nigeria who was a guest at the event stressed that security is very expensive and there is need to think outside the box to provide enough fund for it.

The attendees also expressed their appreciation to His Excellency, the Governor of Lagos State, for putting security in the front burner of his administration and providing immense support since the prosperity of the economy largely depends on it despite the fact that security is the exclusive preserve of the Federal Government. 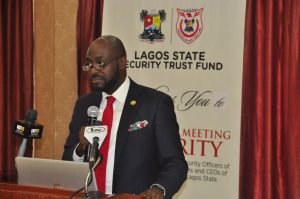 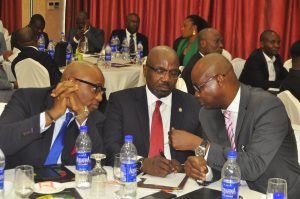 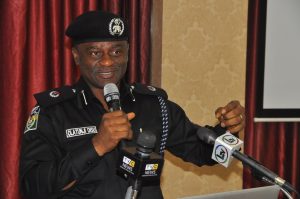 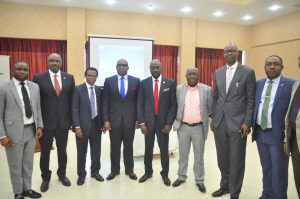 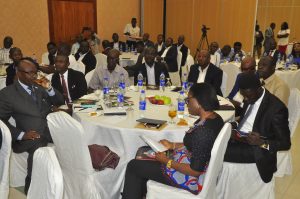 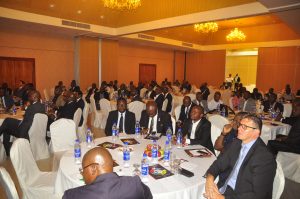