In the bid to improve the working conditions of Police officers stationed at pin-down points across the State, the Lagos State Security Trust Fund (LSSTF) in line with its mandate to provide security equipment for the Police and other security agencies in Lagos State made a presentation of Four (4) Eco-Friendly Police Booths for the Police in Lagos State recently.

The Executive Secretary of LSSTF, Dr. Abdurrazaq Balogun in a statement, said that the Eco-Friendly Police Booths are designed to protect officers from harsh weather conditions, serve as a mini police post to lodge complaint and a rescue point.

Dr. Balogun went on to mention that the Booth has a cladded internal wall with wood finishing, a PVC synthetic carpet, is equipped with bright Solar-powered lights with electrical points to power devices, 5 synthetic seats, foldable table, ventilated with an electric fan and windows, police revolving light and illuminated signage for easy identification at night.

The Commander RRS, Deputy Commissioner of Police, Olatunji Disu, who received the Eco-Friendly Booths expressed his sincere appreciation to the Fund for the laudable initiative which is coming at a critical time as it is the raining season.

DCP Disu, further solicited that the Fund should produce more of these booths so the RRS can have them at strategic pin-down points across the State as this would further improve police visibility at various locations.

Dr. Balogun acknowledged the request of the Commander RRS stating that the Fund is also looking for organizations to partner with in the production of more Eco-Friendly Booths. He noted that the Booths would accommodate advert placement by the sponsor organization and urged the Police to make the best use of the assets in their fight against crime.

“Therefore the Fund appeals to Lagosians and corporate entities to continue to make donations to the LSSTF for the provision of effective security architecture towards the prosperity of Lagos State.” Dr. Balogun said. 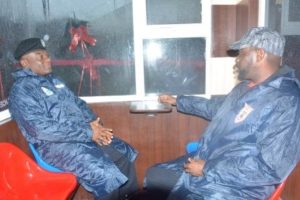 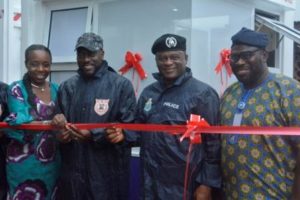 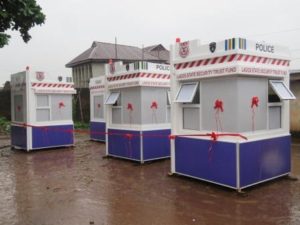 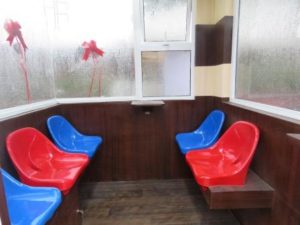 I derive pleasure in stealing-Suspect