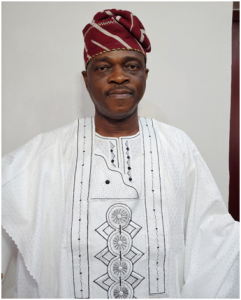 Born 23rd February,1959. He attended All Saints Anglican School, Yaba, Lagos for his Primary Education, Eko Boys High School, Mushin in Lagos and the University of Ile-Ife (now Obafemi Awolowo University) where he studied History/Political Science and graduated with B.A (Hons) in 1983.

He won the NYSC President’s Award by reason of which he was employed into the Nigeria Police Force as Cadet Assistant Superintendent of Police on the 31st of December 1984.

He attended the Cadet Course 13/85 at the prestigious Police Staff College, Jos and started his career in the then Edo State Command in Auchi Division from where he severed in several Police formations many of which he headed.He attended several courses and led several missions abroad.

He also received several promotions in the Police Force and rose to the post of Deputy Inspector General of Police after which he retired from the Force in February 2019.

Mr. Oshodi-Gloverholds the United Nations Peacekeeping Medal 1995, along with the Long Service Medal in the Nigeria Police Force.

He enjoys Music, Reading and watching films. He is married to Mrs. Kikelomo Oshodi-Glover and blessed with children