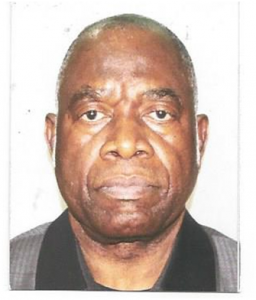 Mr. Adewumi was born at Ikere Ekiti in Ekiti State on 11th January 1955. He attended Amoye Grammar School Ikere Ekiti where he obtained the West African School Certificate in 1972. He also attended London City Polytechnic, London where he obtained a Higher National Diploma in Business Administration in 1978.

Due to his brilliant performance in the WASCE, he was employed as a Teacher by Amoye Grammar School, Ikere Ekiti in 1973. For many years, he was a non-Executive Director of the former Equitorial Trust Bank Limited. Currently, he is the Managing Director of Worldspan Holdings Limited as well as a Director of a Telecommunications Giant/Second National Carrier, Globacom Limited – both companies in Dr Mike Adenuga’s Group

He is an astute Administrator and Businessman who consistently delivers complex assignments within the shortest time frame. He is an excellent team player with wealth of experience in business negotiations and external relationships.

He is a Christian, married and blessed with children.